Tag Archives: what not to wear 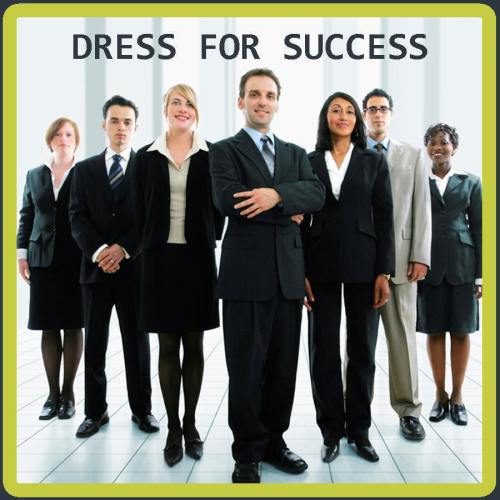 As part of their professionalization training, Chicago-area law students were invited to attend and participate in the What Not to Wear Fashion Show organized by the Chicago Bar Association. This free event (on Wednesday, April 7) “feature[d] a runway walk with law students in professional attire selected from their own wardrobes. Guest judges and fashion industry experts critique[d] the student’s selections. . . After the Show, panelists provide[d] attendees with ‘Fashion Dos and Don’ts,’ including correct suit fit for men.” There were also “informative handouts summarizing important pitfalls in dressing for the legal setting.” For example, one handout capaciously warns:

This is not the time for self-expression, flamboyance, or eccentricity.

While professionalization events are common elements of graduate schools and professional association conferences, the sartorial sniping that passes for professional mentoring often consolidates and codes under the neutral-sounding terms “professional” and “respectable” normative ideas about gender presentation, homophobia, sexism, racism, and classism.  If the nickname of the event – “How To Dress Like A Lawyer As Told By Some Women Haters, Old Men And Random Law Students” (so named by an embedded blogger called Attractive Nuisance) – is any indication of the “professional” culture the Chicago Bar Association is hoping to foment then this runway show is one such example of how “professionalization” is a technology, in Judith Butler’s words in Undoing Gender, for “constrain[ing] the sociality of the body in acceptable ways.” At this Bar Association event, the production of normative middle-class gender formations is achieved through sartorial-sexual disciplining. (Notice how the comment about the “Express ensemble” and the “tramp stamp” in the first “rule” for women attorneys does double duty as class- and slut-shaming.) Some of the advice included:

The fashion rules for male attorneys were not as far-ranging and did not require men to consider their (sexualized) bodies, their body art, their emotions, or the bodies, body art, and emotions of other men.

Minh-Ha’s written about the ideological operations of “professional” sartorial advice before, specifically in relation to academia. The similarities between the style guidance offered by the members of the Chicago Bar Association and “Ms. Mentor” (academia’s answer to Dear Abby) reflects the expanding corporatization of universities. Ms. Mentor’s advice that academic women wear “geeky glasses and frumpy clothes to appear older and more serious” is in line with the Chicago Bar Association’s implicit point that professional authority can only be approximated by women who dress in ways that play down their “distracting” femininity. The style rules endorsed by the Chicago Bar Association and Ms. Mentor (who’s authorized by the Chronicle of Higher Education) recall 1980s’ ideologies of “power-dressing” which demanded that career women maintain their femininity (skirts and pantyhose) at the same time that they contain their sexuality (frumpy jackets that concealed breasts).  Joanne Entwistle rightly points out that the sartorial imperatives for career women  “[imply] that sexual harassment is something that women can have some control over if they dress appropriately.” To read Minh-Ha’s original post on this topic, click here.

The most obvious problem with the professionalizing tutorial is the direct activity of disciplining “unprofessional” bodies and subjects via vectors of normality and deviance. Especially in those tutorials that feature a “representative” body to demonstrate both norms and deviations from it –such as the Chicago Bar Association’s event– we see how the body is disciplined via ideas about fitness (with particular regard to the popular equation of fatness with sloth), morality (the aforementioned slut-shaming of tattooed women), class (the suit bought at the mall reveals a poverty in both economic terms but also as the absence of “drive”), and capacity (in which the failure to “look” professional becomes an indictment of a person’s capacity to “be” professional, with all the evaluations of skills or aptitude this entails), which intersect with the usual suspects — vectors of class, race, gender, able-bodiedness, and sexuality, among them.

As we see from the Chicago Bar Association’s advice, “self-expression” is closely policed as undisciplined and self-indulgent. Professionalizing tutorials thus offer tactics for mediating self-expression. (Of course, as Mimi asks elsewhere, before we champion something as tangled as the concept of “self-expression,” perhaps we should query: “For whom is ‘self-expression’ through clothes or style difficult, unavailable, or even undesirable?”) Yet we are meant to believe that by incorporating these style rules we actually reveal our “true” professional selves – not only to ourselves but to our potential employers who may now see us for the truly attractive workers we are. So in a twist of makeover logic, our chosen “flamboyant” and “eccentric” clothes are understood as hiding or distracting from our true professional self which is, let’s face it, the more “valuable” self from the perspective of employers and colleagues.

Thus in most “professional style” tutorials, self-expression is a subtly, sometimes overtly, policed practice of mirroring back a preapproved and unthreatening self. Most notorious are those institutional and informal efforts to discipline black women’s hair via race discourses that consign non-straightened hair to the realm of unruliness, gender disorder, political radicalism, even uncontrollable sexuality. But also troubling are the implications for those who are gender non-normative, and whose presentation is subjected to microtechnologies of sartorial-corporeal policing. (See Mimi’s post that begins with Krista Benson’s discomfort with professional style blogs that assume a cisgendered feminine presentation.) For instance, “How to Be a Business Butch” (from the wonderful blog How to Be Butch) is not a tutorial at all, but a reflection upon the genre. In this piece, the anonymous author navigates some of the  grammars through which others regulate us, and we learn to regulate ourselves. Especially for persons who might stray from a norm, details really are everything.

By non-challenging, I mean that I accept that for many people, butch women are threatening. And I’ve already got butch happening in the basic fabric of who I am. I think butch runs through my personality and the way I speak, not just the clothes I put on. And in addition to that, my body is butch. I’ll probably write a more in depth article regarding what I mean by that statement, but for now, let me just say that I believe that I look butch. My hair is short, my shoulders are broad, and my arms look like piledrivers (well, I’m exaggerating.). But I’m definitely a solid looking woman. So I feel the need to mute my natural presence and energy by not wearing overtly masculine clothes to work.

Business casual for men and women is not that different; at least, not in the way that an average layperson would notice. It’s just collared shirts and slacks, right? For me, it’s the details that kill. In the morning I get up, throw a purse over my shoulder and walk out the door wearing pumps. I think you understand how that is particularly detrimental to someone who identifies as butch.

I compromise with myself by avoiding some things. I never wear skirts or make-up (I dread that in this meeting tomorrow they will say there is no excuse to not wear make-up everyday. I’m not going to spend $50 on that crap.), and I put my purse in a gym bag that I carry to work every day. I wear men’s deodorant. I also let casual Fridays be something of a “free day”, usually putting on my motorcycle boots – I love my motorcycle boots, you might have noticed – and trying to wear a collared shirt. But I would never bind or comb my hair back with a side part, like I normally do on the weekends. I know that many people would say “Go for it!” and “Be who you are – never compromise!” – and many people have said these things to me, but this is the way that I work, and this works for me.

Explicit in the professionalizing tutorial is the not-so-gentle imperative to follow directions; to do otherwise is to fail to “optimize” one’s professional self as a desirable laborer. And we know that failure to follow such directions or to make such compromises does have real-world consequences for access to rights and resources. We are not arguing against professionalizing or tutorials that offer a “how to;” indeed, we understand that these are survival strategies in a neoliberal age that holds out the expectation that each of us be “entrepreneurs of ourselves.” We only observe here that the tutorial can become one symptom of the violence of normalization, when your life may very well depend on your labor –and it is work– to look like a professional. Such sartorial-corporeal labor is both expected to be invisible and at the same time subject to continuous surveillance; and compensation for such labor (employment or promotion, for instance) is more partial and provisional for some than others.

Tagged as employability, entrepreneurial self, neoliberalism, politics of fashion, professionalization, style, what not to wear