The Digital Decade in Fashion (and then some)

The End-of-Year List reflecting back on the best, worst, biggest, funniest, etc. is by now a popular culture tradition. The CBS-run website BNET has already come up with its “10 Biggest Fashion Business Faux Pas” list (the Rodarte/Juarez debacle gets top billing, deservedly). And Newsweek has just published its “13 Worst Trends of 2010” (jeggings get no love). Since this month also marks the end of the first decade of the 21st century, I expect (and look forward to) many more lists that recount this historical period. It is not difficult to imagine, for example, a TVLand tribute to reality television competitions (beginning with Big Brother, Survivor, and of course American Idol) which came of age—and for some, is now well past its prime—in the last decade.

On behalf of Threadbared, I offer this (annotated) list tracing some of the roots and routes of what has become a defining event in the fashion industry, in particular, and in global commercial culture, in general: fashion’s digital revolution. (The focus is certainly on the post-millennium but, as with all cultural phenomena, it has a history so my list begins in the mid 1990s.) 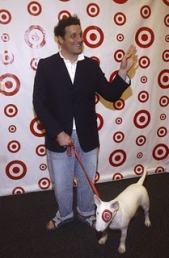 While Mizrahi certainly didn’t invent affordable fashion (this distinction, as we know from Joan DeJean, belongs to the 17th century French couturieres’ trade guild) or even designer affordable fashion (Halston had a similar idea in the 1980s with his J.C. Penney’s collection), Mizrahi did successfully re-brand the concept of affordable fashion for a 21st century U.S. market. Claiming that the Target line “celebrated the style of American women of all ages and all walks of life,” Mizrahi successfully inaugurated a sartorial-political philosophy of democratic fashion that resonated strongly with post-September 11 patriotic consumer values while still being attentive to recessionary levels of consumer confidence. (For more on democracy and fashion, see my essay, “The Right to Fashion in the Age of Terrorism.”) 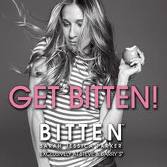 Mizrahi’s mass market partnership was both a commercial success (to the tune of $1.5 billion over its five year run) and a cultural sensation. Boldface named designers like Karl Lagerfeld, Roberto Cavalli, Vivienne Westwood, and Oscar de la Renta followed Mizrahi’s business model by collaborating with Target but also other mass market retailers including H&M, Payless Shoe Source, Macy’s, and Kohl’s department store. And style icon Sarah Jessica Parker teamed with discount (and now defunct) retailer Steve and Barry’s to create a line of fashionable clothes and accessories under the label Bitten that she promised would never cost more than $19.98 for any single piece. Meanwhile, prominent tastemakers such as American designer Tom Ford and Gucci creative director Frida Giannini publicly boasted about shopping at the Gap, Banana Republic, Target, and H&M.

Though certainly not without its detractors, the idea that fashion is a cultural form and practice that every woman had a right to—a right coextensive with her right to self-expression and self-determination—was firmly established in the cultural imaginary by the mid 2000s. However, the global economic crisis, widespread un- and under-employment, and the emergent trend of eco-chic in the latter half of the decade strained, if not ended, U.S. fashion consumers’ love affair with cheap chic fashion, now often disparaged as “fast fashion,” the sartorial equivalent of fast food. (Parker’s move away from Bitten to Halston Heritage where she now designs is reflective of a larger shift in popular sartorial philosophy from the logic of cheap chic to that of investment fashion.) Nonetheless, the neoliberal democratic discourse around fashion has a second life in fashion’s digital revolution and particularly in the rise of fashion bloggers. 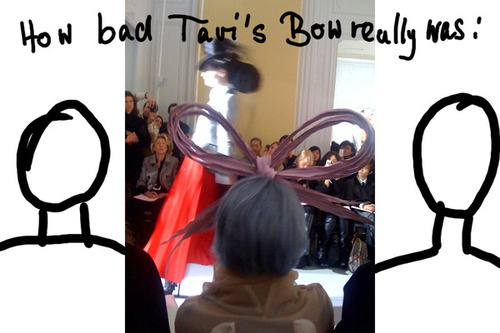 While some critics contend that social media spectacles like D&G’s are nothing more than marketing ploys to show off a designer’s technocultural relevance (and thus curry virtual street cred with the highly influential consumer market segment that is the Teen Vogue and Nylon fashion crowd), the impact of social media in fashion is more than symbolic.

A recent study finds that instantaneous user-centered viral marketing—also called word-of-mouth (WOM) marketing—“is the primary factor behind 20 to 50 percent of all purchasing decisions.” It is no surprise, then, that the WOM marketing industry is growing at an exponential rate. In 2001, U.S. companies spent $76 million in WOM marketing; in 2006, spending increased nearly 67 percent to $981 million. Analysts expect that by 2013, U.S. companies will spend $3 billion on viral marketing. Interactive fashion media, in general, is expected grow into a $55 billion industry and represent 21 percent of all marketing spending. These numbers are especially staggering when we consider that fashion’s traditional commodities like the stock overseen by the chief executives of Saks, Neiman, and Bergdorf’s and print magazines are on the wane. Recall the decline of advertising in 2009 in Vogue and Lucky (each 44 percent), Allure (41 percent), and Glamour and Vanity Fair (15 and 15.5 percent, respectively). Some magazines like Jane, Cargo, and Men’s Vogue shuttered their offices altogether. Fashion business – like the creative economy in general – is fueled more and more by the nonmaterial, though highly valued, goods of images and information than traditional material goods.

However, even the most popular of fashion’s new technologies and nonmaterial commodities – fashion blogs – remains a relative minor player in the digital commons. Political/news blogs; celebrity culture/gossip blogs; and tech blogs rank highest in terms of online traffic. Still, the digital fashion media complex on the whole is an incredibly significant cultural, social, economic, and, yes, political site. In addition to the 2 million or so fashion blogs, there are countless more fashion-focused blog posts on non-fashion blogs and websites like The Huffington Post, Jezebel, and Mashable; fashion/style/beauty vlogs; microblogs; and through Facebook pages/links/updates. The digital fashion media complex thus generates at breakneck speeds and unprecedented frequency countless web streams of popular knowledge (and nonmaterial goods) everyday.

Taken together, the proliferation of online sales information and product reviews on e-commerce sites as well as on fashion search engines like Google’s latest venture Boutiques.com, blog posts, tweets, how-to-dress and what-to-buy advice streamed to our mobile devices, and of course online magazines begin to illustrate fashion’s central and organizing role not only in the new creative information economy but also in digital literacy and the very nature and form of public culture today. In other words, not only is fashion experiencing a digital revolution, digital culture is experiencing a fashion revolution in which fashion objects, images, and information are the stuff of which digital imaginaries are now made.

4 responses to “The Digital Decade in Fashion (and then some)”