Here are some photos from the APAture Runway III show of “emerging Asian American designers” that we mentioned in a July post. I think the photos demonstrate the range of pieces shown – with some exceptions (more on that later) – as well as the diversity of the models’ body types. The event was at the SOMArts Cultural Center in San Francisco and is a fundraiser for Kearny Street Workshop’s annual multi-disciplinary art show in September.

This is the second time I’ve been to KSW’s fashion show and this year’s was certainly more organized than the first year I went. Also, stand out pieces from feature designer The Battalion were really impressive. But I have to admit that I was disappointed in the amount of time given to models walking down the runway wearing and/or carrying graphic t-shirts with Asian youth-oriented themes. (Sorry, no photos of that!) Nonetheless, to a very deserving cause the proceeds go! 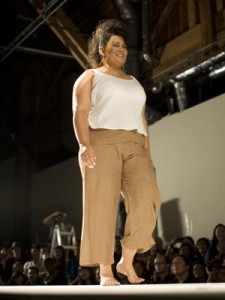 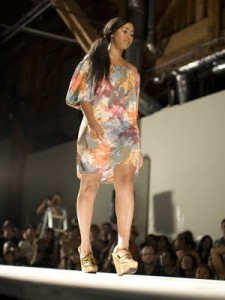 Filed under OUR JUNK DRAWER